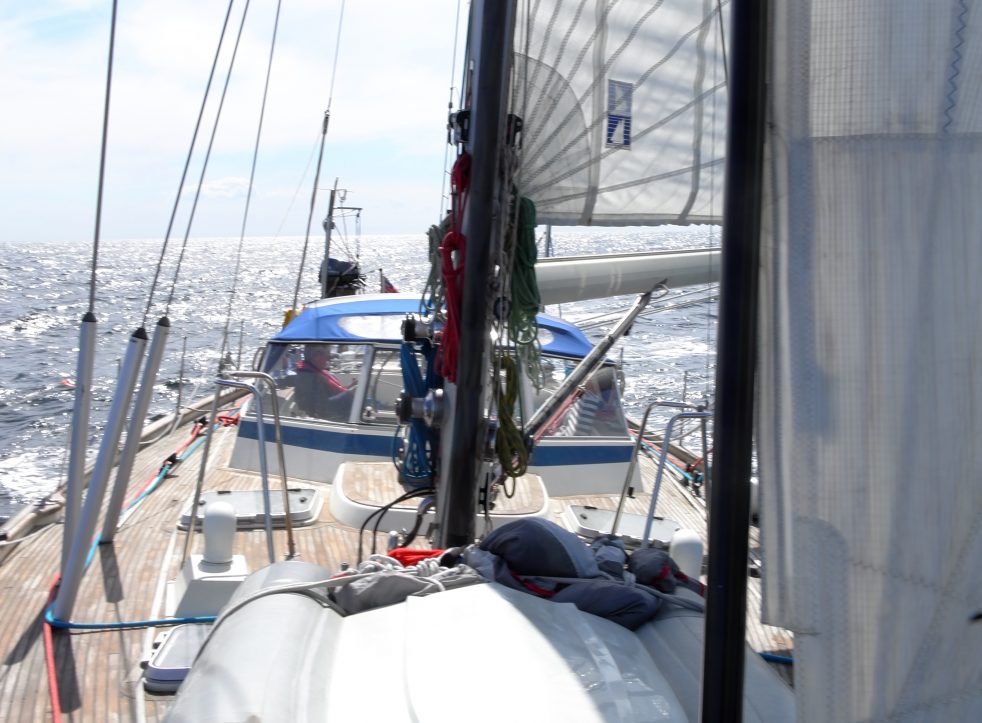 I just love this place! The small streets and beautiful stone houses,  some with well-kept small walled gardens and shared slipways, the safe harbor (Hamnavoe), the Pier Gallery, friendly people,  connections to Hudson Bay (entrance to which is directly west from here! The reason why many of the explorers of the North West Passage set off from here, including the great Orcadian, Dr John Rae. Here wrote George MacKay Brown, the great Orcadian Poet and Novelist. And last but not least, close enough to bike to the centre of our Stone Age world around Stenness, the Ring of Brodgar (great standing stone circle), the new and massively important site at Ness of Brodgar, the Standing Stones at Stenness, and the chambered cairn at Maeshowe, to name only a few highlights.

On Sunday, Karen and I hired bikes and cycled to Stenness, first visiting the Maes Howe, the chambered cairn with about 12 others and a knowledgeable guide.  It is said to be one of the best preserved in western Europe.

We had not visited this on previous visits to Orkney, and it was a great trip. The cairn is entered through a long, low, stone tunnel which points directly between the two hills on the Island of Hoy, actually the point where the sun sets at the Winter Solstice. This is also a significant alignment for many of the other large structures around Ness of Brodgar, and was most probably a way to welcome, and particularly to encourage, the coming spring with its new life, so often linked to early forms of worship. For more see https://www.historicenvironment.scot/visit-a-place/places/maeshowe-chambered-cairn/

The Vikings were also here much later, sheltering from a snow storm for three days, and made graffiti in the form of runes, which are clearly visible in several places.

After a picnic lunch by the loch of Harray, we next visited the dig at Ness of Brodgar, where they has so far only scratched the surface of this massive site  that, in the words of the excellent brochure, has “revealed itself as one of the glories of the European Neolithic, the very centre of the ancient world”. We will probably never see this site fully revealed, but what we see is unusually large stone buildings in numerous structures, clustered along this narrow strip of land between two lochs, one of which was and remains joined to the sea, and the other of which is fresh. So far, the oldest buildings date to around 3300BC, or more than 5000 years ago.  Hundreds of large and small clay pots, also decorated and painted, have been found.  Stone art in large quantities, and non-native stones, such as flints, are all here. The size of the structures, and the site, and the discovered of the bones of  400 head of cattle slaughtered at one moment in time (2450BC), suggest that this was an important site of pilgrimage. We also note that Orkney Beef has been highly valued for 4470 plus years! 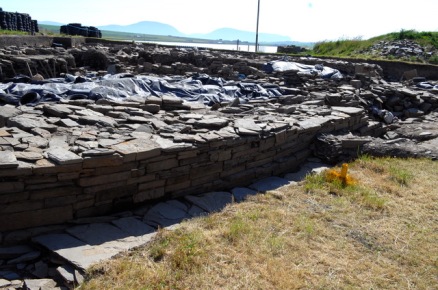 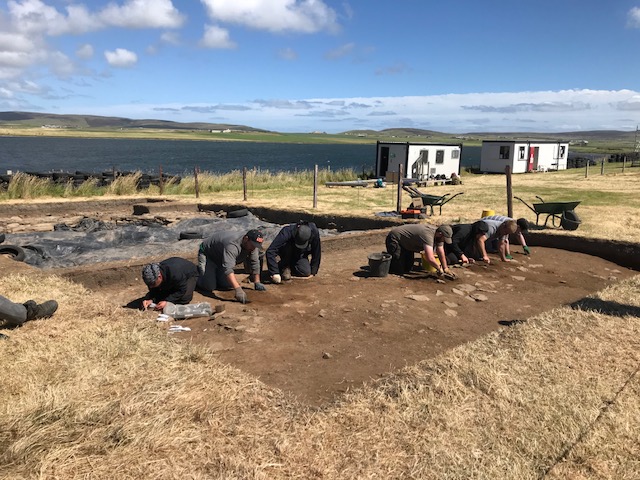 We cycled back past the Ring of Brodgar, and eventually joining the road from  Birsay to Stromness. And returned home, dropping the bikes and taking a beer to recover in the pub on the pier. Later we enjoyed a lovely meal cooked by Thomas, Hege and the girls – salmon cooked in the oven with ginger, garlic and soy sauce plus olive oil.

Much shopping had been done in our absence. We have six visitors for lunch on Sunday, Tanera, Robin, Veyatie, Pollaidh (John´s daughter, her husband, and grand-daughters) and friends of theirs, so much planning is needed. Tomorrow, we must also plan for the next leg to Inverness, as we will leave with sunrise and tide early on Monday morning (around 0330).

One thought on “Skippers Blog from Stromness”